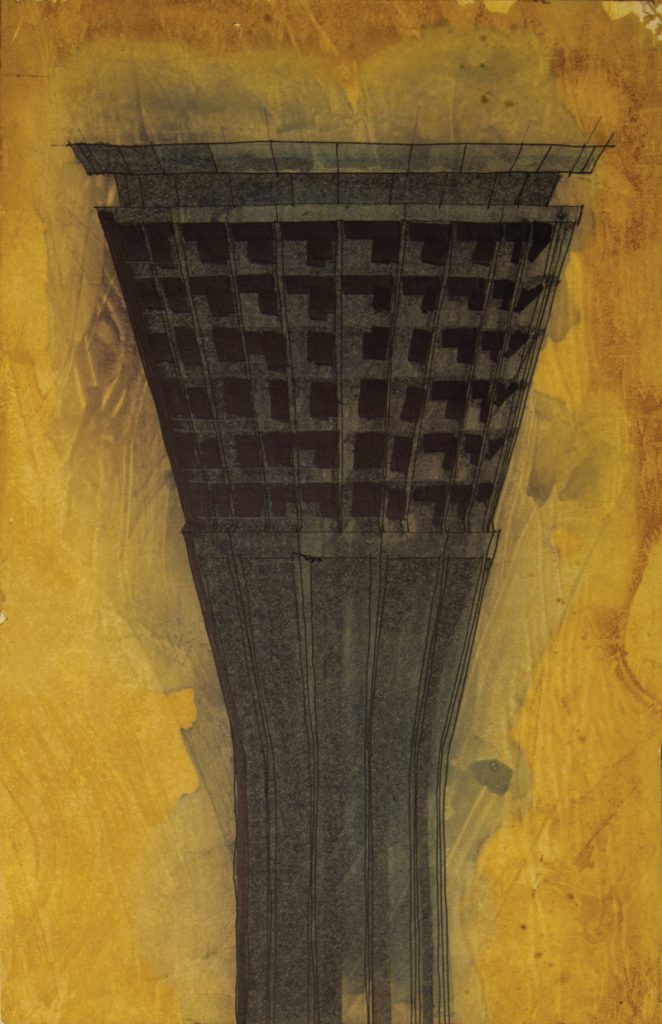 All physical ugliness and social ugliness have strong concomitants and roots. Incredibly, there is rampant today all manner of hate and fierce argument on the basic idea — of all things — of civil rights…. It seems… not a crooked analogy to lock hand in hand the bitter disregard for the rights of others with the callous notion that a man may put up anything ugly, vulgar, or trivial he wishes so long as it’s “big enough” and he has the money. Can you think how seriously tragic it is that any congressman or lawmaker, anywhere, can find a reason or the audacity to speak against the civil rights of any man or group of men…? An attack on personal rights, pursuits, and nonconformity of all kinds does seem like an attack on gravity, growth, and life itself.

One of the most heartening results of studying the writings of those who have come before us, as well as the most disturbing, is to discover how much our time has in common with times past. Heartening because it’s possible to find succor in the accounts of those who have labored under circumstances and conditions that, if they don’t precisely mirror our own, at least prefigure them. Disturbing because, in spite of these histories and the lessons they convey, the same troubles persist, often in metastasized form.

This was on my mind quite a lot as I read “O’Neil Ford on Architecture” (University of Texas Press, 2019), edited by Trinity University architectural historian Kathryn O’Rourke. This tight little volume collects within one binding the significant writings and lectures of the daddy of Texas architecture.

By practice, Ford was not a writer or a theorist. He was an architect and a builder, a damned good one who managed to do what very few ever accomplish: He created an authentic and original body of work. But he was an avid reader, a frequent traveler, and a life-long student of history and art. He had strong convictions and expressed them with a bold directness that contrasts sharply with the shrinking and diplomatic public faces that most architects, wary of offending clients by voicing views that might prove controversial, usually affect.

Even today, Ford’s broadsides make for a bracing read. He spoke out against hucksters and “vulgarians,” and articulated his disdain for fads and their unimaginative followers who churn out uninspired imitations — the whole culture that puts profit and self-aggrandizement ahead of honest curiosity and the pleasure of doing a job well. He threw cold water on notions of American exceptionalism by pointing out the superior advancements in culture and design in places that are often characterized as inferior to the U.S. (i.e. Latin America) and was disgusted by the fact that in his day the country should be so polarized over questions of basic civil rights. He saw all these disturbing trends as both symptom and cause of the ugliness of the built environment, which was before his very eyes being transformed by a boom in freeway construction that enabled the exponential expansion of suburbia while justifying the destruction of the inner city and its public spaces and architectural monuments. “The usurpation and defamation of land by vulgarians and the construction of square miles of shacks,” he proclaimed, “have given us a generation of children with blinders built on both sides of their heads and minds.”

As we celebrate recent standouts in Texas architecture with this Design Awards issue, it’s worth remembering that the projects contained herein are very much the exception to the rule. For every Fort Worth Camera that rises in a downtown cultural district, a hundred, a thousand, thoughtless strip malls bloom in ever-unfurling suburbia. Ignoring it won’t make it go away. Probably, noticing it won’t either. But the more of us who speak out — say it like it is — who hold ourselves and those around us to a higher standard, as did Ford, the better chance we’ll have of forging a better future. I’ll leave you with one of his more urgent exhortations:

May each of us with his particular ability join in the desperate fight to save our land from the reckless, the willful, the selfish, the unimaginative, and the just plain ignorant vulgarians. One important thing an association, with the help of its membership, can and must do is work to achieve the significant and larger purpose of serving all people.

Aaron Seward is the Editor of Texas Archiect.