Participants in the 24th Annual Building Communities Conference of the Lower Río Grande Valley Chapter of the American Institute of Architects began a two-day conference at South Padre Island with a daylong, preconference tour on September 29 that focused on domestic architecture in the border city of McAllen. Kevin Graham was instrumental in organizing this tour of eight of McAllen’s most outstanding works of residential architecture. These were visited by the more than 60 tour participants.

The oldest house on the tour was a compact, two-story Spanish style house on N. 15th Street in McAllen’s Las Palmas Landmark District. Built in 1933, the stucco-faced, tile-roofed house was designed by local architect Edwin W. Byers for retail merchant Percy Herman. Restored for its present owner by Orange Made of McAllen, the design studio of Carolina Civarolo, AIA, and Erick Darbo Díaz, the Herman House is notable for the way Byers pulled its rooms apart to ensure multiple exposures and create shaded enclosures.

Two country houses, built on estates along Lake Concepción/Bentsen Lake in south McAllen, were especially impressive. The Vernon Frank Neuhaus House of 1942 was designed by O’Neil Ford, FAIA, and Arch B. Swank, Jr., FAIA, to provide space for entertaining while maximizing penetration by the prevailing southeast breeze. As on their contemporaneous Bromberg House in Dallas, Ford and Swank expanded the livable space of the Neuhaus House by inserting a screened room within the body of the house. Characteristic Ford and Swank touches include steel-framed window assemblies combining fixed panes and operable casements, a simple but meticulously crafted stair rail, and broad eaves shading the house’s painted brick walls.

Next door to the Neuhaus House lies the sprawling, one-story California ranch house that Kenneth E. Bentsen, FAIA, designed for his parents, Mr. and Mrs. Lloyd M. Bentsen, in 1951-52, when Kenneth Bentsen was still a student of architecture at the University of Houston. Superbly maintained by the Bentsen family, the house is Bentsen’s tribute to Cliff May, O’Neil Ford, and Harlingen modern architect John G. York. Replete with a kidney-shaped swimming pool, subtropical vegetation, a sunken game room (as in wild game), and a screened room for hosting a carne asada, the Bentsen House spatializes a border tradition of expansive hospitality.

Dating from the same period as the Bentsen House was a modern home designed by Corpus Christi architect Richard S. Colley, AIA, for produce shipper John L. Stahl. Colley grouped the one-bedroom house, its carport, and Mrs. Stahl’s painting studio in flat- or shed-roofed volumes that frame a central, open-air patio. Colley incorporated distinctive screened window bays, some containing interior planting beds, which he routinely used on his Corpus Christi houses. These enabled the Stahls to open their sliding glass doors while ensuring that insects stayed outside the screened baffles.

In the afternoon, the tour visited a second house by Kenneth Bentsen, designed for his sister Betty Bentsen Winn in 1965, the winner of a TxA Design Award 50 years ago (Texas Architect, January 1966). The Winn House is a one-story, flat-roofed, brick-clad house organized around a central patio that faces the street. Visitors enter the patio through a screen of elliptical arches fitted with louvered shutters. Bentsen merged Miesian space planning practices with architectural echoes of the Border Brick style, the 19th-century vernacular of the lower border region, to “situate” the Winn House temporally and culturally.

The tour included the 21st century house that Orange Made’s Carolina Civarolo and Erick Díaz designed for their family: a two-story bar located in the mid-city neighborhood where Díaz spent part of his childhood. Civarolo and Díaz used changes in section and floor levelm as well as carefully calibrated window alignments, to make the interior of the house feel spatially open and buoyant while protecting privacy on a corner site.

The tour culminated in a visit to the house of the doyenne of McAllen’s art community, artist and collector Ann Moore. Moore built her house in 1959 working with architect Merle A. Simpson, AIA. Simpson’s design is the South Texan counterpart of a Los Angeles Case Study house: a flat-roofed, post-beam-and-deck construction with polished terrazzo floors and exposed Tectum ceiling panels configured around an interior patio canopied with a wood ramada. The essence of modern tectonic simplicity, Ann Moore’s house visually erupts with the vivid, flamboyant, spectacular installations of art, artifacts, and furniture she has either made or collected. It is a festive, exuberant, joyful house set in a garden whose profuse subtropical vegetation mirrors the intensity of the house’s contents.

Participants in the chapter’s 15th annual conference tour were able to interpret the contrasting architectural and cultural histories of McAllen’s houses, assess and learn from the ingenuity that architects displayed in designing these houses, observe the application of sustainable techniques of design, siting, construction, and operation, and reflect on the impact of design trends in the specific regional context of the lower Río Grande border. 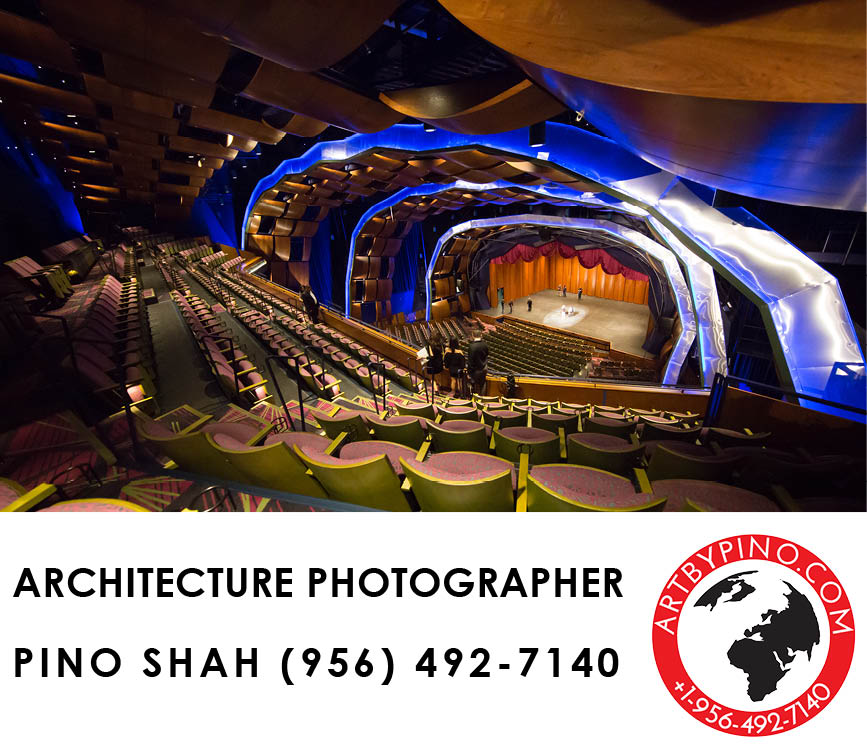